Video: Fire breaks out in the kitchen of Prezzo in Trowbridge

FIRE broke out this morning in the kitchen on Prezzo in Trowbridge.

The blaze started in a deep fat fryer at the Italian restaurant and crews from Trowbridge, Bradford on Avon and Westbury attended.

Firefighter Sam Allison said: “The restaurant had been evacuated when we arrived on the scene and we liaised  with the centre manager on access points which made the job a lot easier.

“The fire is now extinguished and we carried out checks of surrounding buildings as the smoke had spread.

“There is a slight bit of smoke damage, but no one was hurt and we have ventilated the building.”

Lee Tanner, 26, a chef at the nearby Valeroso Lounge said: “The whole area has been taped off and evacuated.

“They put the fire out pretty quickly but there was a lot of smoke coming from the side door and the front door.

“The car park is full of fire engines, so nobody is able to use it.

“We think it started in a fat fryer but it could be an electrical fault.” 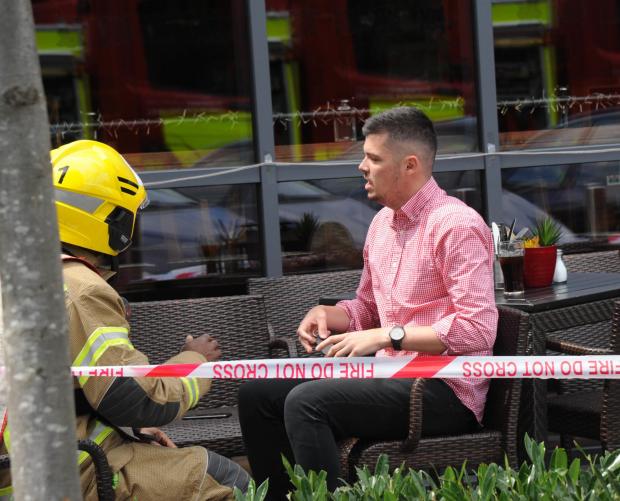 The area was cordoned off and the fire was quickly put out.

It is understood that smoke was billowing out of the Italian eatery.

Other restaurants in the area were affected as well as the Premier Inn hotel.

FOOD REVIEW: Home-cooked food at its best at the Dog & Fox

A CANNABIS street warning was issued to a man in his 20s who was stop-checked by police on a routine patrol in Roundpond, Melksham, at 3.04p...

Around 170 guests attended the Wiltshire...

A RISE in the number of people taking up apprenticeships resulted in Wiltshire College and University moving to a bigger venue to mark the a...

Flood chaos as the Avon bursts...

Flooding is still causing traffic chaos. Malmesbury, by the River Avon, has been especially badly affected. As has Bradford on Avon. The A4 ...