THIS month we’ve got an extra day in February for the first time since 2016 – and today’s the day!

But while 2020 being a leap year might not mean much to some, there could be a number of women reading this currently thinking about popping the question.

But where does the tradition of women proposing to their partners on a leap year come from?

We’ve got all the answers for you as well as some tips if you’re planning on getting down on one knee.

Where do leap year proposals originate from?

The story goes that in the 5th Century an Irish nun called St Bridget complained to St Patrick that women had to wait too long for their suitors to propose.

St Patrick suggested that women could have the opportunity to ask the question but only every four years.

Apparently women were also expected to have to wear either breeches or a scarlet petticoat to signal their intention.

Another theory involves Queen Margaret of Scotland who allegedly put in place a law allowing women freedom to propose during a leap year but fined any man who refused them.

This one is rather questionable however as Queen Margaret was eight years old when she died and scholars haven’t located any record of the law.

A final theory is that it originates from a time when leap days weren’t recognised by English law and so if a day had no legal status, it was okay for woman to ‘break with conventions’. 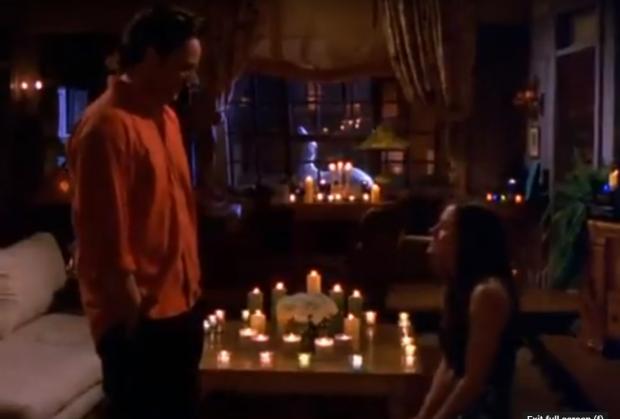 What if he says no?

According to tradition in many European countries, any man who refuses a woman’s proposal on a leap day should pay a penalty.

This fine could consist of a gown, money, or most unusually, 12 pairs of gloves for the lady.

How should I pop the question?

If you’re considering (and decided that 12 pairs of gloves isn’t a bad consolation prize) relationship expert Kate Taylor has provided Match.com with some tips.

She added: “Keep the proposal fun, light-hearted and flirtatious.

“Tailor it towards who he is and what he likes, not what you like!

“You could spend hours creating what you think is a romantic proposal, with candles, flowers, poetry and a present that took you hours to make… only to find that when the time comes, your partner doesn’t seem sufficiently “moved”.

“If you know, deep inside, that you’re creating the proposal you’ve always wanted, then you’ll almost definitely feel resentful afterwards because you had to do it all yourself. Instead, make it all about him.”

Isn’t the idea of female leap year day proposals a bit sexist in 2020?

There is no doubt that things have moved on and of course both men and women can propose on any day of the year they like.

But it’s always good to know the history behind traditions so you can pick and choose what works for you.

FOOD REVIEW: A Sunday treat at the Crown & Anchor in Ham, near Marlborough

Jack Coggle MBE is celebrating his birthday, this was what his family said: Dad was born in Rochester in March 1920, the youngest of four ch...

Helping you to stay safe AND...

Residents belonging to the more ‘at risk’ categories during the COVID-19 pandemic are being urged NOT to make trips to pharmacies for th...

INFORMATION FOR LOCAL BUSINESSES & THE...

The Mayor of Bradford on Avon, Cllr Simon McNeill-Ritchie, has recorded a film with advice for local businesses and the self employed whic...